2 terrorists gunned down in encounter in J&K's Shopian

Two terrorists have been killed in a gunfight at Sugan village of Shopian district in south Kashmir. 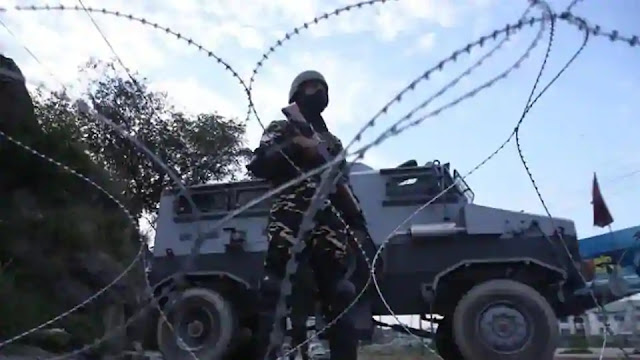 Two terrorists have been killed in a gunfight at Sugan village of Shopian district in south Kashmir. The encounter between the security forces and the terrorists started Tuesday evening and continued through the night.

“Two militants have been killed, they will be identified soon”, a senior police officer said.

The police had yesterday said that a joint team of Police, Army's 44 RR and CRPF launched a cordon and search operation on specific information about the presence of militants in the area.

According to them as the joint teams of forces approached towards the suspected spot, the militants who were hiding fired upon them, which was retaliated, triggering an encounter.

As precautionary measure internet services have been snapped in Shopian.