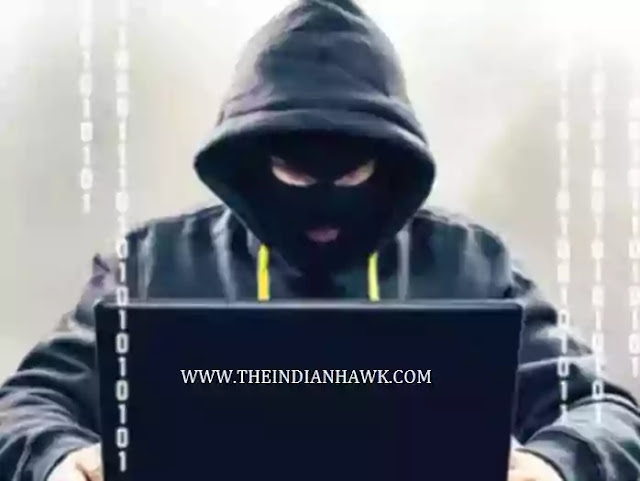 "Computer network attack against Indian satellite communications in 2017” is one among a slew of counter-space activities carried out by China since 2007, listed in a new report by US-based China Aerospace Studies Institute (CASI), which provides China’s space narrative among other things.Isro, while conceding that cyber-attacks are a constant threat, maintains that its systems has not been compromised so far.The 142-page report notes that between 2012 and 2018, China carried out multiple cyber-attacks, but elaborates on the result only in one case.In 2012, a Chinese network based computer attack on the Jet Propulsion Laboratory (JPL), the report points out, “allowed ‘full functional control’ over JPL networks.” The report quotes multiple sources while listing out some of these attacks.
India, as part of its counter-space capabilities, demonstrated Anti-Satellite (A-Sat) missile technology on March 27, 2019, which equipped India with a ‘kinetic kill’ option to destroy enemy satellites.
But the CASI report points to how China has multiple other counter-space technologies that are intended to threaten adversary space systems from ground to geosynchronous orbit (GEO). These include direct-ascent kinetic-kill vehicles (anti-satellite missiles), co-orbital satellites, directed-energy weapons, jammers, and cyber capabilities.CASI, a think-tank, supports the secretary, chief of staff of the US Air Force, the US chief of space operations, and other senior air and space leaders. It provides expert research and analysis supporting decisions and policymakers in the US Department of Defense and across the US government. 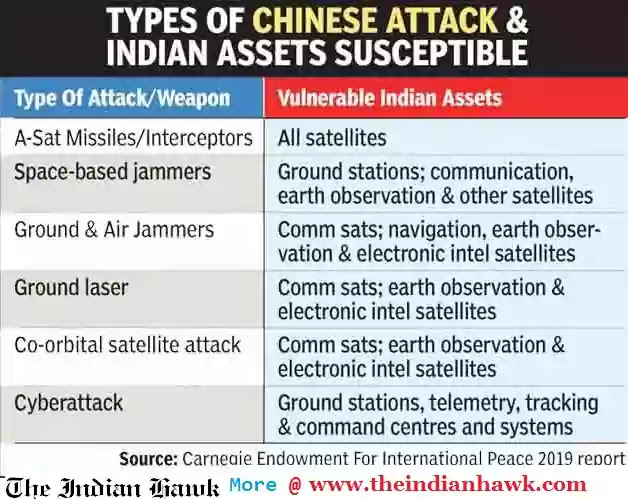 CASI supplements findings of a recent US Pentagon report which had said that the PLA continues to acquire and develop technologies that China could use to “blind and deafen the enemy”.Tobby Simon of Synergia Foundation, a strategic think-tank says: “...One of the biggest weaknesses ubiquitous to all satellite systems is use of long range telemetry for communication with base stations.
Uplinks and downlinks are quite often transmitted through open telecom security protocols that can be compromised.
We have to concede that there are no absolute air gaps in cyber security and as more private companies navigate into the industry, it would be an onerous task for them to invest in active defence.”A 2019 report released by the Carnegie Endowment for International Peace said while India demonstrated its A-Sat interceptors, China — which had done the same in 2007 — has capabilities to mount sophisticated cyber-attacks directed at ground stations with the intent of either corrupting or hijacking the systems used to control spacecraft/satellite.“China has investments in developing ground, air, and space-based radio frequency jammers that target uplinks, downlinks, and crosslinks involved in either control of space systems or data transmission,” the report reads.

ISRO, multiple insiders said, hasn’t been able to pinpoint sources of cyber-attacks over the years. “Cyber threats are a given but it cannot be ascertained who are behind such attacks. We’ve systems in place to alert us and I don’t think we’ve ever been compromised,” a senior scientist said, adding that “the Chinese may have tried and failed.”ISRO chairman K Sivan denied any direct knowledge of such an attack on Indian ground stations. “The threat perception is always there and it’s not unique to India. We are secure,” he said.The scientist said that India has an independent and isolated network which is not connected to the public domain, including the Internet, which has kept its systems safe.
Source>>
#India #India-China Stand-Off #US