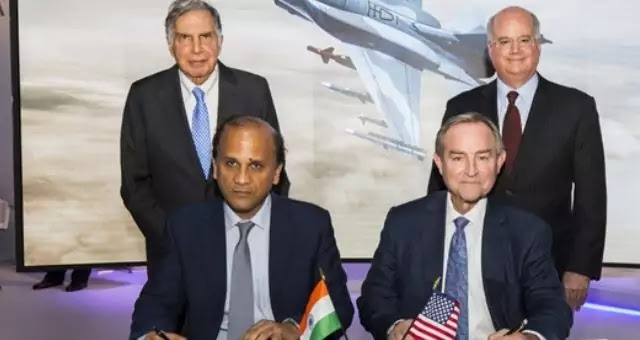 According to a news statement from Tatas, Telangana Minister for IT and Industries KT Rama Rao, as well as senior officials from Lockheed Martin Aeronautics, TLMAL leadership, and others, attended a ceremonial event celebrating the first fighter wing prototype manufactured at the TLMAL plant.
Highlights
"Lockheed Martin partnered with TLMAL to build one of the most technologically complex aerostructures — a fuel-carrying 9G, 12,000 hour, interchangeable/replaceable fighter wing," according to the press release "Lockheed Martin Integrated Fighter Group vice president of strategy and business development Aimee Burnett said.
According to him, Lockheed Martin is one of the few aerospace and defense businesses in India with a sophisticated aerostructure capabilities for modern fighters. TLMAL is a joint venture between Tata Advanced Systems Limited and Lockheed Martin Aeronautics that represents the Centre's Aatmanirbhar Bharat 'Make in India' aspirations by serving as the single global source of C-130J empennage assemblies for all new Super Hercules aircraft.
TLMAL just completed the production and delivery of the 150th C-130J empennage. "The successful completion of the fighter wing shipset prototype project adds to Tata Advanced Systems and Lockheed Martin's collaboration," says the company "TASL quoted Sukaran Singh, managing director and chief executive officer.