According to Nasa, the mission, named NROL-111, will be the third small launch for a US Space Force mission, set up during the Trump administration 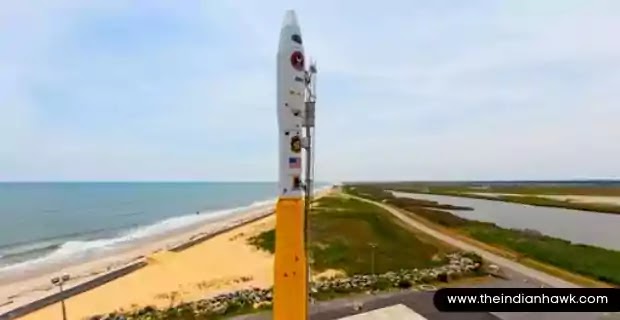 Residents throughout the mid-Atlantic region and possibly the East Coast of the United States will have a chance to watch a Nasa rocket launch on Tuesday morning (local time). Northrop Grumman’s Minotaur 1 rocket was scheduled to be launched at 7am ET (4.30pm IST) carrying three national security payloads for the National Reconnaissance Office (NRO), the agency that oversees the nation's fleet of spy satellites.

However, the launch has been delayed due to storms in the area.

According to Nasa, the mission, named NROL-111, will be the third small launch for a US Space Force mission, set up during the Trump administration, and the NRO’s second dedicated launch from Nasa’s Wallops Flight Facility in Virginia in the last 12 months. The US space agency said that while the Nasa Visitor Center at Wallops will not be open for this launch, it may be visible, weather permitting, to the US East Coast residents.

Countdown preparations for the Minotaur 1 rocket launch, including the rollback of the launch pad’s mobile gantry, will resume once the bad weather subsides. Space enthusiasts can also follow the Live coverage of the mission countdown on the Wallops YouTube site. As Nasa Wallops website, the Live coverage will now start at 8.30 ET (6pm IST).

A department of defence agency is responsible for developing, acquiring, launching, and operating America’s intelligence satellites to meet the national security needs of the nation.

According to a Fox News report, the Minotaur 1 rocket should be visible from New York City for about 30 to 60 seconds after lift-off. The rocket, carrying spy satellites, could also be visible to residents of western Pennsylvania, eastern Long Island, Massachusetts and southern Vermont about 60 to 90 seconds after launch.