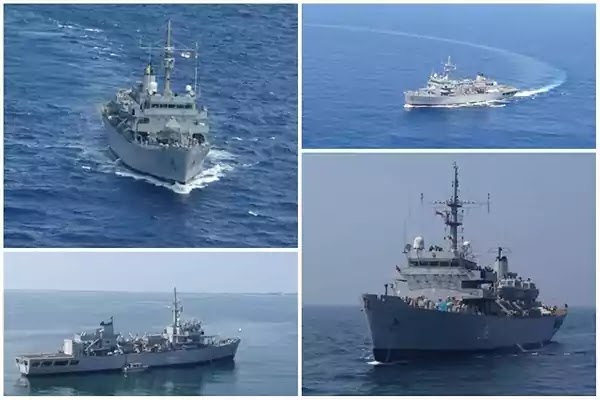 India’s first of its class indigenously designed and built Hydrographic Survey Ship, INS Sandhayak is getting decommissioned from the service on June 4, 2021. The ship which has been in service for four decades will be decommissioned in a ceremony at Naval Dockyard Visakhapatnam.

This ship was conceptualised by then Chief Hydrographer, Rear Adm FL Fraser, who also designed and built this hydrographic survey vessel in India.

The construction of the ship began at GRSE Kolkata (then Calcutta) by laying the keel in 1978, after the design was finalized by Naval Headquarters.

The ship was commissioned to the Indian Navy on Feb 26, 1981 by Vice Adm MK Roy, who was the then Flag Officer Commanding-in-Chief Eastern Naval Command (ENC).

From the time of its commissioning, the ship has been the Alma-Mater, and has played a very important role in laying the foundation of complete hydrographic coverage of the peninsular waters. The design of this first ship was a major success which paved the way for all the Survey ships of the Indian Navy in modifications till recently.

While in service, the ship has undertaken around 200 major Hydrographic Surveys. And has also been a part of numerous minor surveys in both East and West coasts of the country, Andaman seas and the neighbouring countries too.

Besides the Survey Missions, it has been an active participant in many significant operations including : Op Pawan – assisting the Indian Peace Keeping Force in Sri Lanka in 1987; Op Sarong; and Op Rainbow – for rendering humanitarian assistance post Tsunami of 2004. It had also participated in the first joint Indo-US HADR Exercise ‘Tiger-Triumph’.

So, when the sun sets tomorrow, the Naval Ensign and the Commissioning Pennant are going to be hauled down for the last time onboard INS Sandhayak.

According to the Indian navy, this will be done in the presence of Vice Adm Ajendra Bahadur Singh, Flag Officer Commanding-in-Chief Eastern Naval Command. Thus symbolising the decommissioning of the ship.

On Friday, the ceremony will be attended only by in-station officers and sailors, in accordance with stringent COVID protocols.