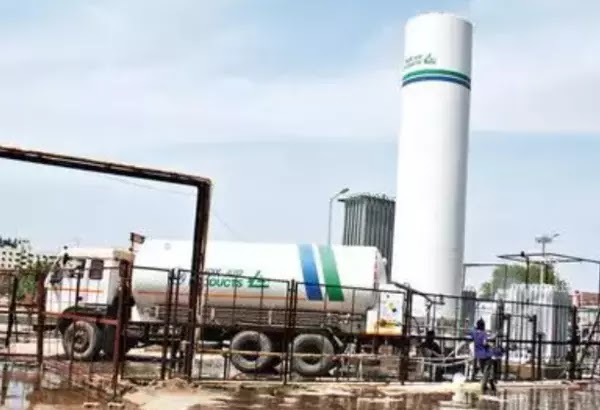 Amid an acute shortage of medical oxygen in India causing an increased number of deaths of Covid-19 patients, infrastructure conglomerate Megha Engineering & Infrastructures (Meil) has roped in the Indian Army’s aircraft to import 11 cryogenic oxygen tanks from Thailand that can supply 15.4 crore litres of oxygen.

The Army aircraft with the first batch of three cryogenic tanks of liquid medical oxygen has landed in Hyderabad’s Begumpet Air Force Station on Saturday afternoon.

The Hyderabad headquartered infrastructure firm will install these cryogenic tanks to supply liquid medical oxygen to hospitals, both public and private, free of cost.

Cryogenic tanks will cut short the time by facilitating the bulk movement of medical oxygen to health care units, said Meil in a statement, adding that the initiative of importing the tanks have truncated the time of manufacture locally that could have taken three months to fabricate each tank.

“Transporting liquid oxygen for medical purposes from the manufacturing plants to the hospitals is riddled with bottlenecks,” said P Rajesh Reddy, vice president at Meil. “Now these 11 cryogenic tanks will help the government to cater to the needs of the hospitals that are in dire need of oxygen.”