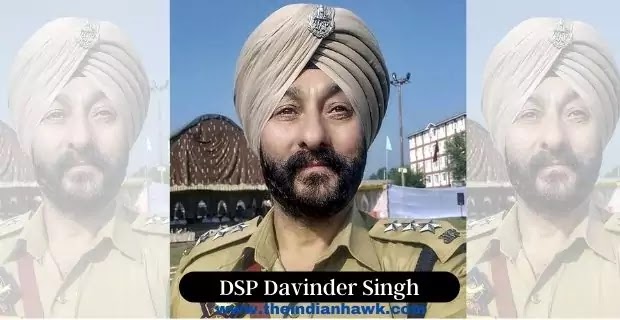 Srinagar: The Jammu and Kashmir administration on Thursday dismissed former police officer Davinder Singh, who was arrested for alleged terror links, from service.

The former J&K Police deputy superintendent of police (DSP) was arrested on January 11 last year when he was ferrying two commanders of the banned terror outfit Hizbul Mujahideen to Jammu from Kashmir. An AK-47 rifle, three pistols and a cache of ammunition and explosives were recovered from the vehicle in which they were travelling. The NIA took over the case on January 17 and filed a filed a charge sheet against Singh, who is currently in jail.

“Whereas, the Lieutenant Governor is satisfied after considering the facts and circumstances of the case and on the basis of information available that the activities of Mr Davinder Singh, deputy Superintendent of Police (under suspension)… are such as warrant his dismissal from service.

The NIA charge sheet accused Singh and others of waging “war against India” with the help of Pakistan-based terrorists and also alleged that the former police officer was providing shelter to terrorists.