The external affairs ministry too said the process of disengagement of Indian-Chinese troops at friction points in Ladakh sector remains “unfinished". 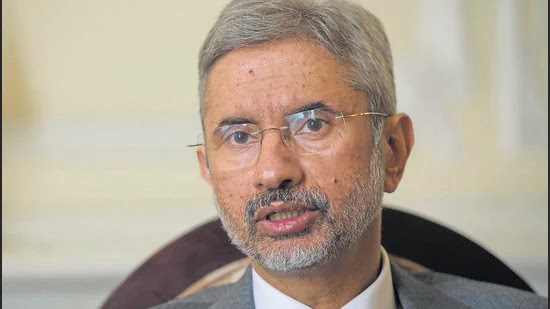 The India-China relationship is at the crossroads and New Delhi cannot think of cooperating with Beijing in other areas as long as tensions continue on the Line of Actual Control (LAC), external affairs minister S Jaishankar said on Thursday.

The external affairs ministry too said the process of disengagement of Indian and Chinese troops at friction points in Ladakh sector remains “unfinished” and the full restoration of peace and tranquillity in border areas alone will lead to progress in bilateral ties.

Jaishankar’s remarks, made during a virtual interview at the FT-Indian Express webinar, came in the wake of calls by the Chinese leadership for setting aside the border standoff that began a year ago and focusing on cooperation in other areas such as trade and investment.

He accused China of moving away from the consensus on stabilising the border, which emerged from former prime minister Rajiv Gandhi’s groundbreaking visit to China in 1988. This consensus led to important border agreements in 1993 and 1996 that created three decades of peace and tranquillity on the LAC, he noted.

“I think the relationship is at a crossroads and which direction we go depends on whether the Chinese side would adhere to the consensus, whether it would follow through on the agreements which we both have done for so many decades,” Jaishankar said.

“Because what is very clear in the last year is that border tensions cannot continue with cooperation in other areas,” he added.

Jaishankar pointed out it took 26 years for the two sides to recover from the fallout of the border war of 1962 and to forge consensus on the handling of the LAC, including two border agreements.

“Those agreements essentially stipulated that you wouldn’t bring large armed forces to the border and that peace and tranquillity on the LAC would be observed, there would be no attempt to change the status quo unilaterally. What we saw last year was actually China departing from the 1988 consensus,” he said.

“If you disturb the peace and tranquillity, if you have bloodshed, if there is intimidation, if there is continuing friction at the border, then obviously it is going to tell on the relationship,” he added.

Twenty Indian soldiers and at least four Chinese troops were killed in a brutal clash in Galwan Valley last June, the first incident involving fatalities along the LAC in 45 years. The two sides pulled back frontline troops from the north and south banks of Pangong Lake in February but the disengagement process stalled soon after despite more rounds of military and diplomatic talks.

When external affairs ministry spokesperson Arindam Bagchi was asked about the situation on the LAC at a weekly news briefing, he replied that Jaishankar had told his Chinese counterpart Wang Yi in their most recent conversation on April 30 that “while the process of disengagement had commenced earlier this year, it remained unfinished”.

Jaishankar had emphasised this process should be completed at the earliest, Bagchi said. “Full restoration of peace and tranquillity in the border areas would enable progress in this bilateral relationship,” he added.

The two sides had agreed to maintain stability on the ground and “avoid any new incidents”, and India expects that neither side would take “any action that is not in keeping with these understandings,” Bagchi said.

Jaishankar also told the webinar that India’s interest extends from deep into the Indo-Pacific region to Africa and Europe, and that the country’s growing relationship with the US shouldn’t be viewed through a Cold War prism. The Quadrilateral Security Dialogue or Quad, he said, brings together countries with a growing degree of comfort with each other and a shared interest in global and regional challenges such as connectivity, maritime security, resilient supply chains and vaccines.

“Today, the Quad fills a gap which cannot be addressed simply by four bilateral relationships aggregated, and a multilateral or regional structure which isn’t there. Something has to fill that space [and the] Quad helps to fill the gap,” he added.