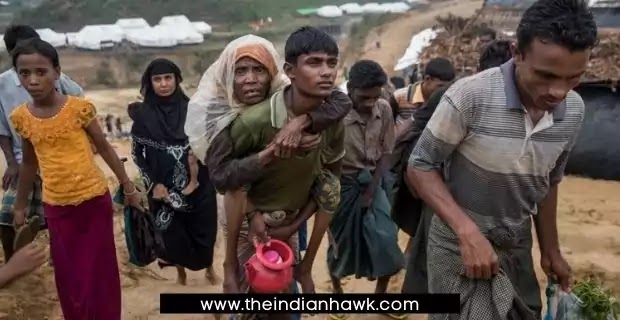 An estimated 4,000 to 6,000 refugees from Myanmar have sought safety in India, a spokesperson for the UN chief has said, as the world body voiced concern over the rising levels of displacement of people since the military coup in the country in February.

The United Nations Refugee Agency (UNHCR) said that in Myanmar, as of last week, approximately 60,700 women, children and men have been internally displaced.

More than 1,700 refugees have crossed into Thailand in March and April, most of whom subsequently returned to Myanmar, and an estimated 4,000 to 6,000 have sought safety in India, Spokesman for the Secretary-General Antonio Guterres, Stephane Dujarric told reporters at the daily press briefing on Wednesday.

Myanmar shares an over 1,600 km long unfenced and porous land border with India as well as a maritime boundary in the Bay of Bengal. Four North-Eastern states – Arunachal Pradesh, Nagaland, Manipur and Mizoram share the international boundary with Myanmar.

The UN team in Myanmar has called on all countries across the region to offer refuge and protection to all people seeking safety, while humanitarian workers should be granted access to help them. UN colleagues again call on the military to refrain from violence and the use of disproportionate use, including the use of live ammunition.

Dujarric said that UN officials in Myanmar are still gravely concerned over rising levels of displacement since the military takeover of the Government on February 1.