Indicating that his foreign policy would be a continuation of his predecessor, the new Japanese Prime Minister Yoshihide Suga offered full-throated. 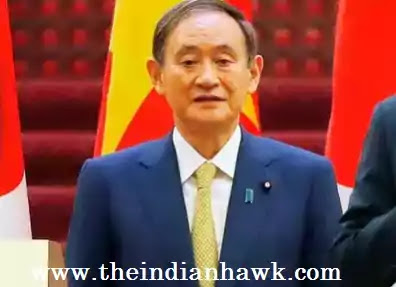 NEW DELHI: Indicating that his foreign policy would be a continuation of his predecessor, the new Japanese Prime Minister Yoshihide Suga offered a full-throated endorsement of Shinzo Abe’s Indo-Pacific policy.

In his first address outside Japan, Suga told university students in Vietnam “Japan is strongly opposed to any actions that escalate tensions in the South China Sea. Japan has been consistently supporting the preservation of the rule of law in seas.” China has exerted tremendous pressure on Vietnam in the past months on the South China Sea, but Suga’s remarks included implied criticism of China’s aggressive posture in building on uninhabited islands in the South China Sea.

India, US expected to sign BECA deal during 2+2 dialogue this month-end

Suga also reaffirmed support for the Asean Outlook for the Indo-Pacific, pointing out the similarities with Japan’s own “Free and Open Indo-Pacific policy”. “The Asean Outlook powerfully sets forth the rule of law, openness, freedom, transparency and inclusiveness as the Asean’s principles for behavior. The fact that it shares many fundamental commonalities with the “Free and Open Indo-Pacific” Japan is advocating for is tremendously encouraging …”

Suga’s remarks indicate that while there may be changes in nuance and focus, the core of his foreign policy would toe the Abe line. This has been watched carefully by India which had developed a strong bond with Abe and his government.

India, US likely to sign pact on geospatial cooperation

Suga also touched on “Asean centrality” a key feature of the Indo-Pacific strategy of the Quad countries. Suga presided over the first standalone Quad foreign ministers’ meeting in Tokyo on October 6.

The importance of resilient supply chains was emphasised. This was something other countries were keen to see where Suga would fit in — particularly as India, Japan and Australia recently signed an agreement to work together to create such supply chains. “Examples of this cooperation include the East-West Economic Corridor and the Southern Economic Corridor running through Vietnam, Laos, Cambodia, Thailand and Myanmar,” Suga said.