Gaganyaan: Isro now in talks with NASA for key tech

The Indian Space Research Organisation (Isro), which has already tied up with multiple countries to get help with various facets. 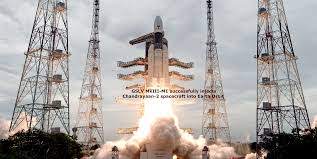 BENGALURU: The Indian Space Research Organisation (Isro), which has already tied up with multiple countries to get help with various facets of India’s first human spaceflight mission — Gaganyaan — is now in talks with the US’ NASA, examining if it can gain access to some critical technologies relating to astronaut safety.

“Given that Covid-19 has already affected the timeline of the mission, we are hoping to expedite it by accessing some technologies that are already ready. NASA and Isro had been exploring a long-term partnership for the human spaceflight programme, and this could be a start,” a source said.

TOI reported earlier this month that Ganganyaan may miss the August 2022 deadline set by Prime Minister Modi because of the pandemic.

Isro chairman K Sivan, while confirming that the agency has initiated talks with NASA, however, said that they were in a very nascent stage and no decision on whether or not there would be a partnership has been made.

“We will still be developing things ourselves, but we are looking at accessing some of the technologies, like green propulsion, life-support systems and so on, given the tight schedule. Nothing has fructified so far,” Sivan said.

Isro, as reported by TOI earlier, had been in talks with space agencies from at least three countries including the US for astronaut training and finally decided to partner with Russia because of the tight schedule it had to meet for Gaganyaan.

If talks turn into a partnership then the US, which has been keen on partnering on Gaganyaan, would become the third country to be helping Isro launch India’s first astronauts from Indian soil.

As on date, four Indian astronaut-elects are training in Russia as part of Isro agreement with Glavkosmos, a subsidiary of Russian space agency Roscosmos, which has been in talks with Isro for some life-support systems. Russia has also started production of customised space suits for the astronauts, while the French space agency has also partnered with Isro.

Sam Scimemi, director, International Space Station (ISS), Nasa headquarters, had told TOI in January: “We were in discussions, I think the Russians and Isro were prepared to move a lot quicker which I think was advantageous for the Indian space agency given the timeframe that you’ve been given to send humans into space.”

What expedited the Russia agreement was also the fact that India was slightly more familiar with Russian systems given that Rakesh Sharma had flown to space on a Soviet mission in 1984.