After Rohtang, more high-altitude tunnels to come up on Manali-Leh highway 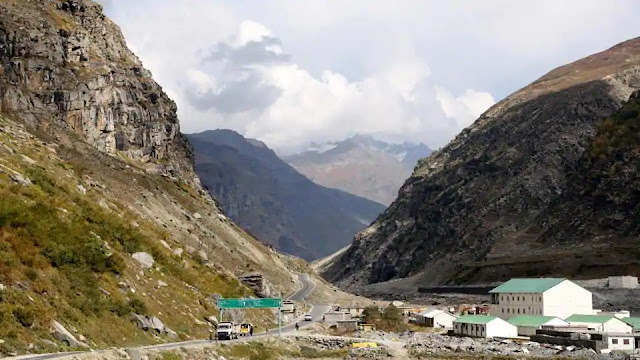 Once the strategic Atal Tunnel under the Rohtang Pass is inaugurated by Prime Minister Narendra Modi on Saturday, the defence ministry will expedite work on building more high-altitude tunnels, including three on the Manali-Leh highway, to facilitate troop movement to the China border.

“Atal Tunnel at Rohtang will not only open new vistas of development in landlocked Lahaul-Spiti district but will also ensure better connectivity to the border areas. The Government of India is contemplating building three more tunnels on the Manali-Leh highway to have all-weather connectivity to the border areas of Ladakh,” Himachal Pradesh chief minister Jai Ram Thakur said on Thursday.

DETAILED PROJECT REPORT OF SHINKU LA BEING MADE

The National Highways and Infrastructure Development Corporation Limited (NHIDCL) has begun preparing a detailed project report for the tunnel under Shinku La. A high-level team recently inspected the north end of the proposed 13.5-km tunnel.

Though Shinku La does not have glaciers, it’s prone to avalanches during the snow season that hampers vehicular movement.

Three years ago, the Border Road Organisation completed the 39.6-km stretch from Lahaul valley to Zanskar. The stretch connecting Darcha with Shinku La also cuts the distance between Manali and Leh.

Besides the road’s strategic importance, it has brought relief for the 15-odd villages in Zanskar valley where residents had to walk for five days to either reach Leh or Manali. The road is significant for the proposed tunnel beneath Shinku La.

The defence ministry has proposed to excavate a 13.2-km tunnel beneath the Baralacha Pass in the Zanskar range. At present, crossing it on the 470-km highway connecting Manali and Leh is a nightmare for travellers. It remains closed for traffic in winter, while melting glaciers create streams, making it one of the country’s most treacherous roads.

A 7.32-km tunnel has been mooted under the 17,480-ft Tanglang Pass, the second highest motorable pass in the world.

The last tunnel on the highway has been planned under the 16,666-ft Lachung Pass on the boundary of Himachal Pradesh and Jammu and Kashmir. Located just 25 km from Sarchu, the tunnel will measure 14.7km.

Defence sources said the need for all-weather connectivity to the forward areas on the 475-km Manali-Leh road is priority in view of the tense border ties with China.

TUNNELS IN THE MAKING

The defence ministry will expedite work on building more high-altitude tunnels, including three on the Manali-Leh highway, to facilitate troop movement to the China border.