In a bid to break the continuing deadlock in the ongoing military confrontation in eastern Ladakh since early May, India and China 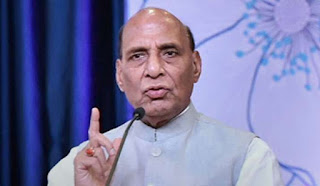 NEW DELHI: In a bid to break the continuing deadlock in the ongoing military confrontation in eastern Ladakh since early May, India and China held their first high-level political meeting on Friday, on the sidelines of the Shanghai Cooperation Organisation (SCO) defence ministers’ meet in Moscow.

There was no official word on the outcome of the meeting between defence minister Rajnath Singh and his Chinese counterpart, Gen Wei Fenghe, which began at 9.30pm Indian time, until late on Friday night.

Singh is learned to have reiterated India’s demand for restoration of status quo ante.
While no breakthrough was expected from the meeting, the conversation sets the stage for what is likely to be a more substantive meeting between foreign minister S Jaishankar and his counterpart, Wang Yi, on September 10, also on the sidelines of an SCO ministerial meet in Moscow.

LAC situation unprecedented, can’t be business as usual, says foreign secretary Harsh Shringla
Earlier in the day, taking a swipe at China without naming it, Singh told the SCO meet that a peaceful, stable and secure region “demands a climate of trust and cooperation, non-aggression, respect for international rules and norms, sensitivity to each other’s interest and peaceful resolution of differences”.

Singh said all member-countries of the SCO, which is home to over 40% of the global population, should work towards this objective. “If I may borrow an idea articulated by our Prime Minister in a different context, our goal should be ‘Security and Growth for all in the Region (Sagar)’,” he said.

The minister reaffirmed India’s commitment to the evolution of a global security architecture which will be “open, transparent, inclusive, rules-based and anchored in international laws”.

The bilateral meeting with China, sought by Gen Wei in the aftermath of India’s proactive military moves in Pangong Tso area, happened at Hotel Metropole where Singh is staying.

India has for long been demanding that China restore status quo as it existed in April by withdrawing its forces from the face-off sites at Pangong Tso, Gogra and Depsang, while also reducing its military build-up along the Line of Actual Control.

But several rounds of military and diplomatic talks have so far failed to defuse the situation, with top-level political intervention now being considered the best option to resolve matters.

With winter fast approaching in the high-altitude region along the LAC, which has thousands of rival troops, tanks, artillery guns and other weapon systems deployed in close proximity to each other, both India and China would want a way out of the military imbroglio.

The military confrontation, already into its fifth month, has further escalated since the last weekend. Indian troops on August 29-30 undertook a pre-emptive military manoeuvre to occupy multiple heights in the Chushul sector, from the southern bank of Pangong Tso and Spanggur Gap to Rezang La and Reqin La.

Fuming at being outflanked, the People’s Liberation Army has deployed additional forces across the Chushul sector.