Indian Army Geared Up for Battling Both China, Harsh Winters in Eastern Ladakh 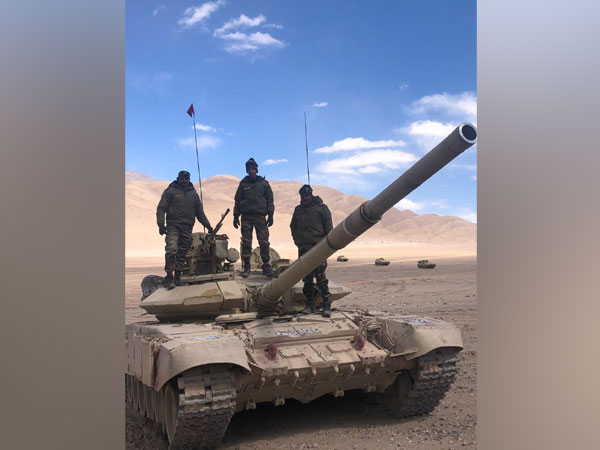 Engaged in a conflict with China for almost five months, the Indian Army's armoured regiments are ready to take on the Chinese Army at altitudes of over 14,500 feet in the area which is the World's Highest Battlefield for Tanks and Infantry combat vehicles along the Line of Actual Control (LAC) in Eastern Ladakh.

Along with the enemy across the border, the Indian Army is also working on war footing to fight the extremely harsh winters by building new shelters and prefabricated structures for the soldiers.

A visit near the LAC in the Chumar-Demchok area in Eastern Ladakh shows that for countering the Chinese People's Liberation Army's deployment of armoured columns, the Indian Army is battle-ready to face the Chinese Army with its T-90 and T-72 tanks along with the BMP-2 Infantry Combat Vehicles which can operate at temperatures up to minus 40 degree Celsius.

The Eastern Ladakh area witnesses the harshest winters where temperatures normally dip to minus 35 degrees in the night during winters coupled with high-speed freezing winds.

"The Fire and Fury Corps is the only formation of the Indian Army and also in the world to have actually deployed mechanised forces in such harsh terrain. The maintenance of the tanks, infantry combat vehicles and heavy guns is a challenge in this terrain. To ensure crew and equipment readiness, adequate arrangements are in place for both man and machine," Major General Arvind Kapoor told near a tank exercising area. 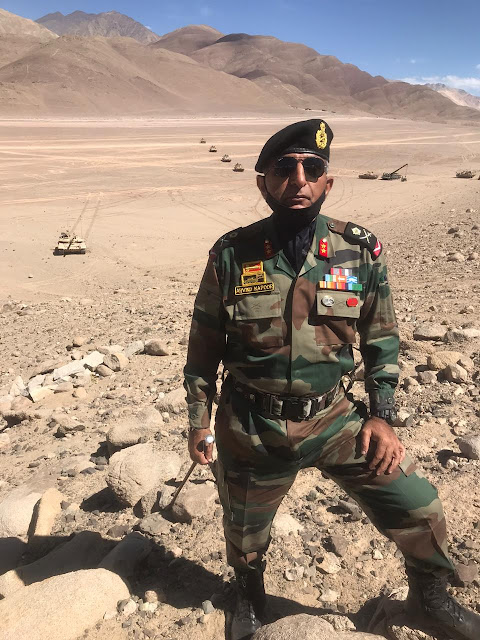 The capability of Indian tank regiments, like the crossing of rivers and overcoming other obstacles, was on full display in the region where the Indus River flows all along the Eastern Ladakh sector.

"Mechanised infantry is the advanced part of the Indian Army. It has experience of working under any weather condition and any terrain. Due to features like high mobility ammunition and missile storage, it has the capability to fight for a longer duration. The gunner of mechanised infantry is a trained soldier who is capable of firing different kinds of armaments," said a tank soldier deployed at an altitude of 14,700 feet.

The Indian armoured regiments have the capability to reach the LAC within minutes if they are required there and did so recently, when the Chinese activated their tanks after the August 29-30 incidents when India occupied several heights near the southern bank of Pangong lake.

The entire territory spread from Eastern Ladakh to the Tibetan plateau occupied by the Chinese forces is suitable for the operations of tanks.

Kapoor, who is the Chief of Staff of the Fire and Fury Corps which looks after the entire war preparedness along the LAC with China in Ladakh, said the Army is logistically prepared in terms of tackling the harsh weather, with special winter clothing and other facilities such as fuel, spares and assemblies in place.

"Adequate training with provision of special winter clothing will ensure troops' morale remains high and they are ready to function in short notice. Along with this, training and honing of crew skills and drills will remain constant through the winters. The Indian Army in Eastern Ladakh is logistically well prepared," he said.

The Army is also making habitation of the soldiers on a war footing by placing prefabricated container shelters and barrel shelters that use minimum cement and sand. In these shelters, there is proper insulation to protect soldiers from strong winds and winter, proper heating facilities along with basic needs like lavatory and kitchen.

As a part of recreation activities, Army companies are provided with a television along with set-top box connection.

Talking about the climatic challenges at an altitude of 15,000 feet, Maj Gen Kapoor said, "There is no doubt that winters in Ladakh are going to be harsh. We are absolutely in control as far as advanced winter stocking and forward winter stocking is concerned. High calorie and nutritious ration, fuel, oil and lubricants, special winter clothing, winter tentage, and heating appliances are all available in adequate numbers."

Indian Army Corps Of Engineers' working on the shelter erection explained that they have used the latest technology to provide soldiers with the habitat, laboratory, and heating arrangements at the earliest.

"This shelter is custom-made, is fast erectable and has containerised shelters which can be placed quickly. These shelters are prefabricated and hence, the use of cement and sand is minimum," a Junior Commissioned Officer of Corps of Engineers said.

Tensions at the India-China border increased after Chinese transgression in multiple areas in the Indian territory.

The Indian Army in response to the aggression shown by the Chinese has deployed more than 50,000 troops along with heavy weaponry including artillery, and tank regiments to tackle the enemy forces.