In Beijing, a Chinese foreign ministry spokesperson said the two sides exchanged in-depth views on easing the current situation in the border areas. 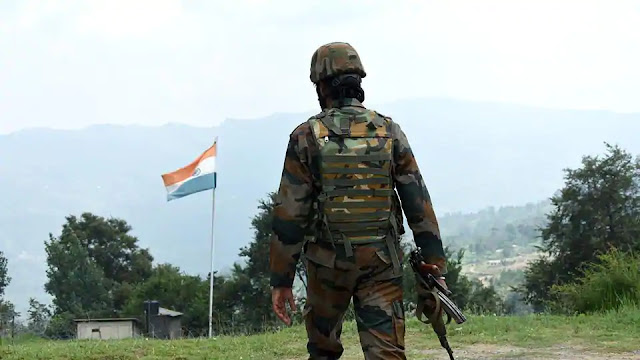 Key talks over the dispute at the Line of Actual Control (LAC) between India and China remained inconclusive, with Indian negotiators firmly demanding comprehensive disengagement at all flashpoints and restoration of status quo ante as the only approach towards de-escalation, and China asking India to withdraw its soldiers from strategic heights on the southern bank of Pangong Tso to reduce friction, officials familiar with the developments said on Tuesday.

The two sides, however, made some headway. According to a joint statement, released in New Delhi and Beijing, they agreed to stop sending more troops to the front line, and to hold the seventh round of commander-level talks “as soon as possible, take practical measures to properly solve problems on the ground, and jointly safeguard peace and tranquillity in the border area”.

During the talks between corps commander-ranked officers from the two armies at Moldo on the Chinese side of the LAC in the Chushul sector that went on for 13 hours on Monday, both sides made their positions known to each other, and were unable to reach a consensus on easing military tensions in the Ladakh theatre, the officials cited above said.

“The military talks are deadlocked but both sides have agreed to meet again and find common ground to reduce tensions in the Ladakh theatre. It appears the road to border peace will be long,” an official said on condition of anonymity.

The joint statement after the conclusion of the talks said: “They (the two sides) agreed to earnestly implement the important consensus reached by the leaders of the two countries, strengthen communication on the ground, avoid misunderstandings and misjudgments, stop sending more troops to the frontline, refrain from unilaterally changing the situation on the ground, and avoid taking any actions that may complicate the situation.”

In Beijing, a Chinese foreign ministry spokesperson said the two sides exchanged in-depth views on easing the current situation in the border areas during the talks between the commanders. “The two sides agreed to continue maintaining dialogue and consultation on this front,” said spokesperson Wang Wenbin.

Naveen Srivastava, a joint secretary from the Indian external affairs ministry, was part of the military dialogue for the first time, with the structure of the talks being slightly changed by India in the hope of a possible breakthrough.

Two Indian lieutenant generals were among the officers who took part in the talks — Harinder Singh, who heads the Leh-based 14 Corps and his soon-to-be successor PGK Menon.

India and China agreed on five points to guide their approach to the situation on the LAC, including the disengagement of troops and easing of tensions, during talks between external affairs minister S Jaishankar and his Chinese counterpart Wang Yi on the margins of a Shanghai Cooperation Organisation (SCO) meet in Moscow on September 10.

The lack of a breakthrough in the talks despite the consensus in the foreign ministers’ meeting shows that there are still serious differences on the ground about how the disengagement should proceed, said former Northern Army commander Lieutenant General DS Hooda (retd).

“Perhaps a rethink is required on how we should approach the whole process of negotiations,” Hooda added.

The scope of the military talks has changed vastly after recent developments on the southern and northern banks of Pangong Tso, where the Indian Army has taken control of advantageous heights.

“While earlier only we were seeking restoration of status quo ante of mid-April at friction areas on the LAC, now the Chinese People’s Liberation Army (PLA) is asking us to withdraw from vantage positions. The new thing is an element of a quid pro quo,” the officials said.

Monday’s meeting between senior military commanders was their first after the Indian Army speedily moved and occupied a series of key heights to prevent the PLA from grabbing chunks of Indian territory on the southern bank of Pangong Tso in a stealthy midnight move on August 29.

The Indian Army now controls ridgeline positions on the lake’s southern bank that allow it to completely dominate the sector and keep an eye on Chinese military activity, with the positions scattered across Rezang La, Reqin pass, Gurung Hill and Magar heights.

The Indian Army has also taken control of key heights overlooking the PLA’s deployments on the Finger 4 ridge-line on the northern bank of Pangong Tso where rival soldiers are deployed barely a few hundred metres from each other, as reported by Hindustan Times on September 10.

According to the latest inputs, China began building at least 13 new military positions, including air bases and air defence units, near the LAC with India after the 2017 standoff at Doklam, with work on four heliports beginning after the current tensions in Ladakh.

Details of these military positions were outlined in a report released on Tuesday by Stratfor, a leading security and intelligence consultancy. The new positions include three airbases, five permanent air defence positions and five heliports.

“Construction on four of those new heliports started only after the onset of the current Ladakh crisis in May,” said the report authored by Sim Tack, Belgium-based security and military analyst with Stratfor.

Last week, defence minister Rajnath Singh told lawmakers in Parliament that no force in the world can stop the Indian Army from patrolling the country’s borders in the Ladakh sector, signalling a strong resolve to regain access to several areas that are now difficult to reach due to actions by the Chinese army along the LAC.

Under tensions that began in early May, Indian and Chinese troops have come face-to-face at multiple points along the LAC. In some of these areas, particularly the Finger Area and Depsang, Indian forces have been cut off from points they could previously patrol.