In the India-Pakistan Detente, the Role of UAE and Saudi Arabia 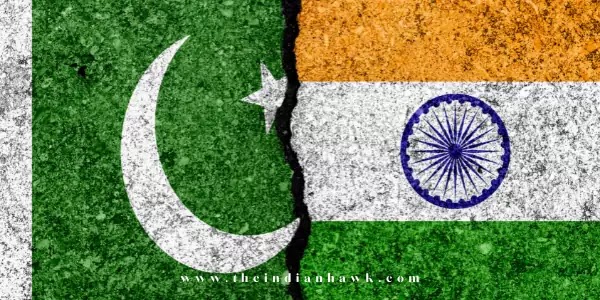 Defence News Bureau | New Delhi has maintained a stony silence in the face of growing signs of mediation by the United Arab Emirates (UAE) and Saudi Arabia to nudge India and Pakistan towards putting their strained relations on an even keel.

In an interview with Pakistan Television, Prince Faisal lauded the calming of bilateral tensions through the recommitment to the 2003 truce on the Line of Control (LoC). “This is an excellent step in the right direction and we will only work to encourage that process and to make sure that tensions continue to be reduced between both nations,” he said.

Prince Faisal made a pointed reference to Saudi Arabia’s “growing good relationship with India” and said his country hopes to “help everybody to work towards reduction in tension”.

The Saudi leader’s comments came weeks after the UAE envoy to the US, Yousef Al Otaiba, publicly acknowledged the role the emirates played in bringing India and Pakistan together for talks aimed at calming tensions over Kashmir and getting bilateral ties “back to a healthy level”.

In normal circumstances, the external affairs ministry would have swatted away such comments by reiterating New Delhi’s oft-stated position that there is no role for third party mediation in India-Pakistan issues. However, the ministry’s silence has only fuelled speculation about the exact role played by the two West Asian countries in supporting back-channels contacts that have now been extensively reported on by the media in India and other countries.

According to people familiar with developments, who spoke on condition of anonymity, these back-channel contacts have included a meeting of the intelligence chiefs of India and Pakistan in Dubai in January.

Pakistan Army chief Gen Qamar Bajwa and senior military officials, during a seven-hour interaction with leading TV anchors and reporters last month, referred to how this meeting had contributed to the decision by both sides to recommit themselves to the LoC ceasefire.

Reports of senior Indian and Pakistani security and intelligence officials holding meetings in the United Kingdom (UK) comes at a time when the British government has been positioning itself as a mediator between Pakistan and Afghanistan. The British side has played a role in helping arrange meetings between Bajwa and senior Afghan officials in Kabul on May 10 ,and in Bahrain on March 9, at which the UK chief of defence staff General Nicholas Carter was also present.

Perhaps more than any part of the world, the Indian government has, in recent years, focused a lot of attention on reworking ties with West Asian states, which are home to about nine million expatriates and the source of billions of dollars in remittances.

This push has coincided with several other factors that worked to India’s advantage — the deterioration of the ties of Saudi Arabia and the UAE with Pakistan, and the Abraham Accords that helped normalise Israel’s relations with several Arab nations.

The gains made by India —such as the first ever visit to Saudi Arabia and the UAE by the Indian Army chief last December — wouldn’t have gone unnoticed in Pakistan, especially at a time when Pakistan’s relations with both West Asian states have been under strain. Saudi Arabia had sought the early repayment of a loan to Pakistan and the UAE came close to taking similar action before extending the repayment of a $2 billion loan last month.

Following the normalisation of its ties with Israel, there are signs that the UAE wants to position itself as a bigger player in the region. Both Saudi Arabia and the UAE also realise their growing business and energy ties with India would get a further boost if the subcontinent remains peaceful, and experts believe this is a factor in efforts by both countries to mediate between India and Pakistan.

With Pakistan now reportedly looking at India to take the next step — possibly an announcement regarding further normalisation of the situation in Jammu and Kashmir — to take forward the back-channel contacts, it remains to be seen what role Saudi Arabia and the UAE will play in this process.