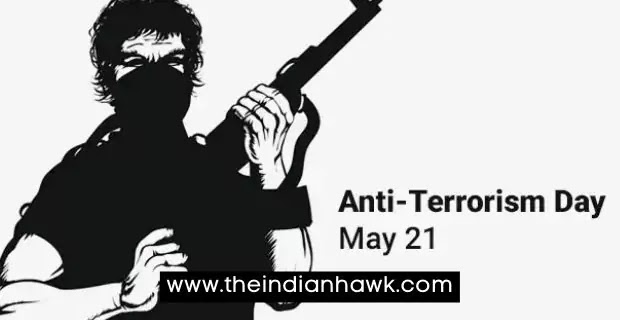 Anti Terrorism Day 2021: The objective of the day is to promote national harmony, mitigate terrorism, and unity among people of all caste, creed, and sex. The day holds importance when it comes to 'terrorism'.

What is Anti Terrorism Day?

The day spread awareness about the violence caused by the terrorists. Due to the COVID-19 pandemic, it will be observed with precautions. MHA has advised that the 'Anti-Terrorism Pledge" may be taken solemnly by the Officials in their rooms/offices itself, keeping in view the safety of participants and organisers and avoiding public gatherings.

On 21 May, every year Anti Terrorism Day is observed to provide knowledge to the youth about terrorism, its impact on human suffering, and lives. This day also makes people aware of an anti-social act of terrorism.

Every day we come to know about one terrorist act or another via newspaper or TV. Basically, the terrorists want to create fear in the minds of the common people. Without any remorse, they kill thousands of people because they don't have any conscience.

It is necessary to propagate the message of humanity and peace. Indian Government has taken the step by celebrating Anti-Terrorism every year to highlight the importance of fighting with the activities of terrorism.

Why is Anti-Terrorism Day observed on 21 May?

The official announcement of National Anti Terrorism Day was made after the assassination of India's seventh Prime Minister Rajiv Gandhi on 21 May 1991. 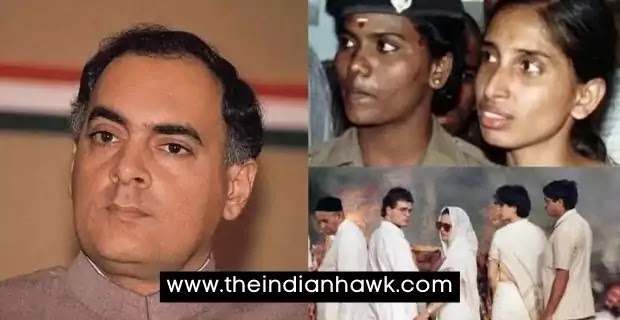 He was killed in Tamil Nadu in a campaign by a terrorist. Then, under the V.P. Singh government, the centre has decided to observe 21st May as Anti Terrorism Day. On this day Anti Terrorism pledge is taken in all the government offices, public sector undertakings, and other public institutions, etc.

The History Behind it

Former Prime Minister Rajiv Gandhi went to Sriperumbudur a place in Tamil Nadu to attend a rally. A woman came in front of him who was a member of the Liberation of Tamil Tigers Eelam (LTTE) a terrorist group.

She had explosives under her clothes and approached PM and bent down as if she wants to touch his feet. Suddenly a bomb explosion took place who killed PM and approx 25 people. This is the inland terrorism that had created fear and our country lost PM.

What are the objectives behind celebrating Anti-Terrorism Day?

How is Anti-Terrorism Day celebrated?

MHA has also suggested that considering the importance and solemnity of the occasion, innovative ways of propagating the message of anti-terrorism through digital and social media platforms, may be considered.

We can't forget the famous World Trade Centre attack which was a terrorist attack. The 26/11 attack on Mumbai is also no exception in this regard. Therefore, Anti Terrorism Day expresses anger and shows solidarity with humanity. Terrorism is an act of causing loss of life and fear of death among people by the dreadful acts of terrorists. No doubt it is an attack on the rights of human beings. Therefore, we should come together and eliminate it by spreading love, care etc.

It is correctly said that "Terrorists have no religion. They only understand the language of devastation".