The valour and courage shown by Indian soldiers in the Galwan Valley incident in eastern Ladakh in June last year is “beyond words of appreciation”... 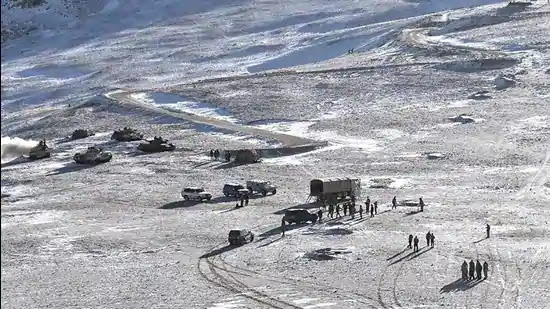 The valour and courage shown by Indian soldiers in the Galwan Valley incident in eastern Ladakh in June last year is “beyond words of appreciation”, a parliamentary standing committee said in a report on Tuesday.

The Parliamentary Standing Committee on Defence overwhelmingly expressed its gratitude towards each and every soldier and officer “martyred” or injured in the incident and also to their families, it said in the report tabled in the Lok Sabha.

“Indian Army is undoubtedly dedicated to preserve national interests, safeguard sovereignty, territorial integrity and unity of the nation. In present testing times on both sides of the border, the Army has shown great valour in facing and thwarting the challenges,” the committee said.

Twenty Indian soldiers were killed in a fierce hand-to-hand combat with Chinese troops on June 15 last year in Galwan Valley, an incident that marked the most serious military conflict between the two sides in decades.

Last month, China officially acknowledged that five Chinese military officers and soldiers were killed in the clash with the Indian Army.