China’s upstream position is a reality, but its dominance on the Brahmaputra is overstated.India would require building a lower riparian coalition. 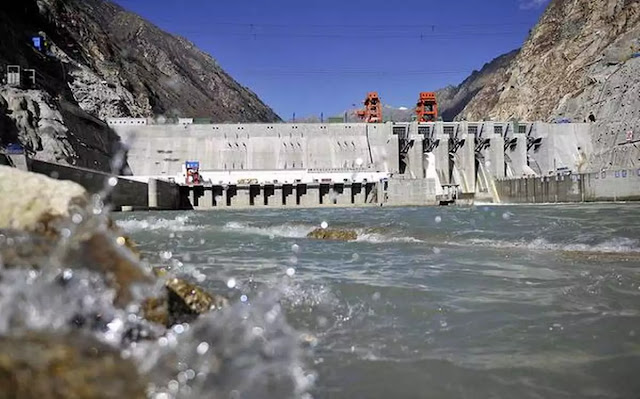 China’s upstream position is a reality, but its dominance on the Brahmaputra is overstated. It’s time to de-emphasise China’s hydro-hegemony. Pursuing a more meaningful water dialogue on hydrological data-sharing is essential, but India would equally require building a lower riparian coalition with Bhutan and Bangladesh on the Brahmaputra.

China is planning to harness the lower reaches of the Yarlung Tsangpo, or the Brahmaputra, as it is known in India. Many of these planned water-related projects, under China’s new five-year plan (2021-2025), will be built disconcertingly close to India’s border. China’s overdrive on transboundary rivers has strategic content, underpinned not only by its low-carbon energy economic growth, but also fashioned by the desire to use international rivers as instruments of politico-diplomatic leverage.

As an upstream country, China shares more than 50 major international watercourses with 14 downstream neighbours. The volume of water flowing out of China to other countries is about 730 bcm (billion cubic meters), which is 30 times the volume flowing into China. This, undoubtedly, is a strategic asset.

The Chinese leadership, while harnessing the rivers, has, as and when required, used them for coercion and compliance, or what the Marxist political philosopher Antonio Gramsci termed as “a mix of force and consent”. It is not uncommon to hear China as a “hydro-hegemon”.

China has a legacy of controlling rivers and a history of hydraulic engineering. When Mao Tse-tung established the People’s Republic of China in 1949, he issued directives to harness rivers and viewed Tibet as a water-tower. As Mao set about transforming China into a modern industrialised socialist State, he would often say, “Nature is an enemy that had to be beaten”.

The Yarlung Tsangpo is a trans-Himalayan river where the annual precipitation, as studies reveal, averages about 300 mm. Once it crosses the Himalayan crestline, the annual rainfall is about 2,000-2,100 mm.

This means that when the Yarlung Tsangpo reaches India, it swells because of the monsoon rain and also the contribution of the tributaries such as the Luhit, Dibang and Siang/Dihang. Data suggest that both during the lean and peak flow, the total annual outflow of the Yarlung Tsangpo from China is less than that from the Brahmaputra. This means that India has ample water on its side to harness.

India needs to have more water development footprints in the Northeast, particularly in Arunachal Pradesh. To enhance economic growth in the region, it needs to build water storages and, thereby, exert prior downstream riparian appropriation rights.

India’s water storage capacity is less than 250 bcm – pitiable as compared to China. It must also not be forgotten that China’s claim to the Arunachal Pradesh territory (South Tibet) is also a claim to the vast amount of water flowing in the area.

However, hydro projects in Arunachal Pradesh have to be framed in a consultative manner with wider stakeholder and inter-provincial participation in the Northeast, particularly with Assam, which is downstream to Arunachal Pradesh to avoid inter-state water conflicts.

Equally significant are the potential waterways and navigation in the Northeast. With the National Democratic Alliance government’s investment in inland waterways, the Brahmaputra National Waterway 2 will act as a critical economic corridor with direct access to the Chittagong Port in Bangladesh and the Haldia Port in West Bengal and boost trade with Southeast Asian countries.

China’s upstream position is a reality, but its dominance on the Brahmaputra is overstated. It’s time to de-emphasise China’s hydro-hegemony. Pursuing a more meaningful water dialogue on hydrological data-sharing is essential, but India would require building a lower riparian coalition with Bhutan and Bangladesh on the Brahmaputra.