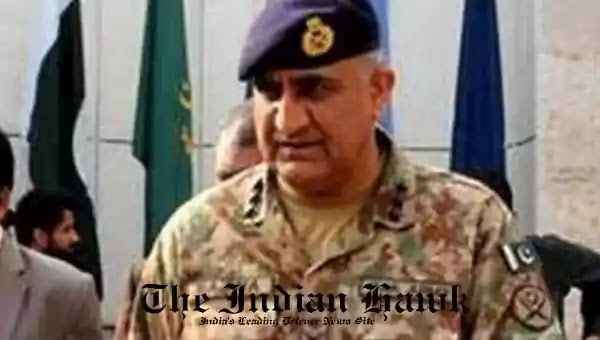 KARACHI: It is not just political parties in Pakistan who are protesting against the 'deep state' in the country, police officers in the Sindh province are also revolting against the atrocities of the powerful army.

Recently, political parties under the banner joint opposition alliance---Pakistan Democratic Movement (PDM)-- protested against the 'puppet' government of Prime Minister Imran Khan and demanded his resignation. Thousands of people participated in the rally in Karachi.

Almost all police officers in Singh Police applied for leave in protest against the humiliation meted out to the Sindh IGP Mushtaq Mehr, during the PML-N leader Safdar Awan's arrest saga, The News International reported.

PML-N leader and spokesman for Nawaz Sharif and Maryam Nawaz's and former Sindh Governor Muhammad Zubair that the IGP Sindh was 'kidnapped' by Rangers who forced him to file an FIR for Safdar's arrest.

The development caused extreme bitterness among the police officers who retaliated by submitting leave of absence.

Almost the entire top brass of the police, including three Additional IGs, 25 DIGs, 30 SSPs and dozens of SPs, DSPs and SHOs across Sindh, tendered leave applications, as a protest against the "resentment and heartache caused to all ranks of the force" by the unfortunate incident of October 18/19. The incident sent shockwaves in top Army brass with Army chief Qamar Javed Bajwa himself stepped in and order an inquiry into the 'Karachi incident'.

In a tweet, the Sindh Police termed their reaction of filing leave application "as a spontaneous and heartfelt reaction and made on an individual basis rather than on a collective basis."

Following a low key letter of leave by the IGP Mushtaq Mehr, Additional Inspector General of Police, Special Branch, Sindh, Yaqoob Minhas submitted his. Minhas in his application submitted to the IGP that during the recent episode of registration of FIR against the PML-N leader, "the high command of the Sindh Police was ridiculed and mishandled, which has left the entire provincial police force demoralized and shocked."

Asking to proceed on leave, Minhas said: "In such a stressful situation, it is quite difficult for me to discharge my duty in a professional manner. In order to come out of this shock and settle down, I may kindly be granted 60 days earned leave."

The senior police officers were extremely annoyed and upset with the way their IGP was treated.

They warned that they could tender resignations if it is for their dignity.

They asserted that the police force was the first line of defence and thousands of cops have sacrificed their lives in the line of duty and how this force has been treated is unfortunate.

"Right now, we are going on leave but we can tender our resignations too," warned a frustrated a senior police officer who wished not to be named. "How can we work in this stressful environment where there is no respect for us".

Later in the night on Tuesday, Pakistan People's Party Chairman Bilawal Bhutto Zardari, accompanied by Sindh Chief Minister Syed Murad Ali Shah, visited the residence of the IGP Sindh Mushtaq Mehr where a large number of PSP officers had also gathered, to defuse the situation and to express solidarity with the police force and appreciate their role as a frontline force against crimes and terrorism.

On the occasion, Bilawal Bhutto Zardari informed them of his telephonic conversation with Bajwa in which General Qamar Javed Bajwa had assured him of a transparent inquiry into the incident and hoped its results would be announced soon.

Following the meeting with the PPP Chairman Bilawal Bhutto at the IGP's residence, the IGP deferred his own leave and ordered his officers to set aside their leave applications for 10 days in the larger national interest, pending the conclusion of the inquiry.

Meanwhile, Sindh Police spokesperson issued a statement via Twitter appreciating Bajwa for realising the sense of hurt that prevailed within a uniformed force and instituting an impartial inquiry to restore the prestige of the Sindh Police. He also expressed gratitude to the PPP Chairman Bilawal Bhutto and CM Sindh for expressing solidarity with the police leadership.