What is the Possibility to Die from the Coronavirus Pandemic?

What Is The Possibility to Die from the Coronavirus? How much risk my life has from Coronavirus? Why do different countries have different mortality rates? 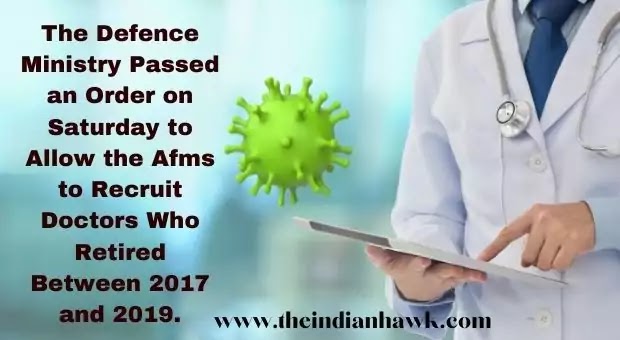 Scientific advisors of the British government believe that the probability of dying due to coronavirus infection is only between 0.5 percent to 1 percent.

These mortality rates are lower in cases of corona infection. According to the World Health Organization, the worldwide death rate due to this virus is 4 per cent. As of 23 March, this rate was up to 5 per cent in Britain as not all cases of infection were confirmed here.

Also, the rate of death depends on age, health, and access to health services.

How much risk my life has from Coronavirus?

Experts say that corona infection can endanger the lives of those who are old and who already have other health problems.

According to the latest assessment by the Imperial College of London, it is almost 10 times higher than the average death rate for people over 80 years of age while it is less for those under 40.

The medical reports claim that even though these rates are higher for the elderly, "in most older people it causes a disease of mild or moderate symptoms."

They warn that we should not believe that there is less risk to the youth due to its infection. Many youngsters have also reached the ICU due to this virus.

They say that it is not right to see the danger from corona directly associated with age.

44,000 cases of coronavirus infection were analyzed in China for the first time, which found that people who already had diabetes, high blood pressure, heart or respiratory disease, had a mortality rate of at least five times. Was more.

All these factors work together in the human body. So far, we do not have information about what kind of danger is caused by this virus among different types of people in different corners of the world.

Presently, given the mortality rate in the corona infected, it can be said that who is more at risk than this, but it can not be said that how much and what kind of danger is there to a particular type of person.

The death rate in cases of infection is not the overall average mortality rate.


In most cases of virus infection, a person gets minor symptoms and due to this, he does not reach the doctors at all. In such a situation, it can be clearly said that most cases of infection are not registered.

According to the World Health Organization, more than 6,600 cases of corona infection have been reported in the UK so far and there have been 335 deaths due to this.

In confirmed cases of the corona, the death rate cannot be the true death rate. A big reason for this is that most of the cases are not registered and due to this, how serious those cases are, it is also not known.

But it can also be wrong, because those who are currently infected with corona and whose life is in danger, it can come down by estimating the mortality rate without taking them into consideration.

Why do different countries have different mortality rates?

According to research conducted by the Imperial College, different countries may have different abilities to recognize minor to minor symptoms of infection.

Different countries use different methods to test for viruses. Their ability to test is also different and their testing criteria. All these things also change with time.

In the early days, some countries were conducting 10,000 tests daily. In the coming four weeks, they are planning to increase this to 25,000 tests daily. Currently, people are being tested mainly in hospitals everywhere.


Germany has the capacity to test about 20,000 people in a day and it also tests people who show slight signs of infection. For this reason, the statistics of serious cases and minor infections can be clearly understood in the number of cases registered there so far.

The death rate in confirmed cases of corona in Germany is around 0.5 percent and is the lowest in Europe. But as serious cases of new infections come, this figure will change.

Identification and treatment of your disease also depend on what kind of treatment is available and whether healthcare is capable of treating it. And it depends on which stage of the epidemic you are.

If a country's healthcare system suddenly has more patients than the capacity that needs to be placed in the ICU, there is a huge increase in mortality.

How an accurate assessment of mortality is conducted?

Scientists look at all the evidence put together and try to create a picture of mortality.

For example, to assess the proportion of cases with minor symptoms, they monitor small groups, collecting all the facts related to them, such as a group of people on board an aircraft.

But even little evidence in such an assessment can change the whole picture. And it can also happen that this evidence also changes with time.

Professor of Medicine at the University of East Anglia, Paul Hunter, explains that the death rate can go down and up.

He says, "In the case of Ebola, people have learned how to deal with this disease and the death rate has come down. But it can also increase. If the healthcare system itself ends, then we can see a surge in mortality. "

That is why scientists tell a lower and higher rate of mortality and at the same time an assessment which is a better assessment of the time.