The support from US lawmakers and policymakers is a result of a sustained outreach at US Congress by India's top envoy Sandhu and Indian diplomats. 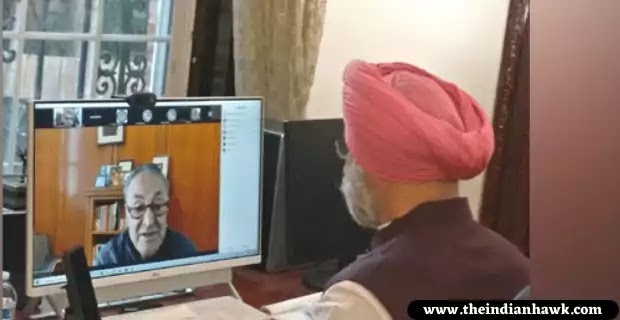 Washington: Indian Ambassador to the United States, Taranjit Singh Sandhu on Sunday called on US Senate Majority Leader Chuck Schumer to discuss the strategic partnership between the two countries, especially in the Quad, COVID-19 vaccines and healthcare.

During the conversation, the Senate majority leader expressed concern over the sudden spike in COVID-19 cases in India and both sides discussed how the two countries are working together in innovation and emerging technologies.

The support from US lawmakers and policymakers is a result of a sustained outreach at US Congress by India's top envoy Sandhu and senior Indian diplomats.

As India suffered from a devastating second wave of the global pandemic, the country received medical help and assistance from the US, UK, Canada, Germany, France, in the form of oxygen concentrators, ventilators, raw materials for vaccines, PPE kits.

This was the first visit of an Indian diplomat to the US since President Joe Biden took charge earlier this year.