NATO’s 30 Allied Chiefs of Defence met today, 18 May, at NATO Headquarters for their second meeting of 2021. 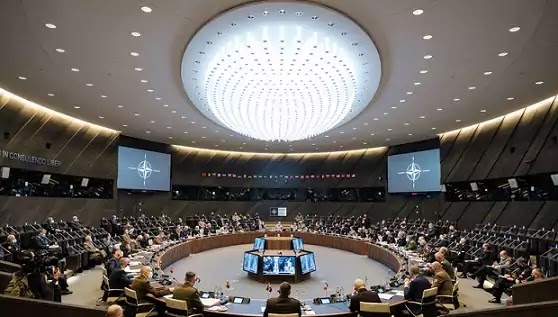 NATO’s 30 Allied Chiefs of Defence met today, 18 May, at NATO Headquarters for their second meeting of 2021. Five weeks away from the Heads of State and Government Summit at NATO Headquarters in Belgium, the Allied Chiefs discussed NATO 2030, Military Strategic adaptation and planning, and NATO-led operations, missions, activities. They also met with the Chiefs of Defence of two of NATO’s Enhanced Opportunity Partners, Ukraine and Georgia.

Meeting with the NATO Secretary General, Jens Stoltenberg, the Military Committee were briefed on his plans for the forthcoming Summit and its forward-looking agenda, which will shape the future of the Alliance.  The second meeting of the day focused on military support for the NATO 2030 proposals and the military strategic concepts under development, the Concept for Deterrence and Defence of the Euro-Atlantic Area and the NATO Warfighting Capstone Concept.

With the drawdown of the Resolute Support Mission ongoing, the Allied Chiefs exchanged views on progress and NATO-Afghanistan’s future relationship. The NATO-led missions in Iraq and Kosovo were briefed as well as the Alliance’s first large test of its adapted Command Structure, Exercise STEADFAST DEFENDER 21. With participation from more than 20 Allies from North America and Europe, Steadfast Defender 2021 will help improve the readiness and interoperability of Allied forces and practice military mobility throughout Europe.

The Allied Chiefs welcomed the change in title from Chairman to Chair of the NATO Military Committee. They noted that the Armed Forces should reflect the societies they protect and be as diverse as they are inclusive.

Chair of the Military Committee, Air Chief Marshal Sir Stuart Peach stated, “Developing and maintaining high standards for ourselves is crucial. Setting the example and encouraging high standards in other militaries around the world is also important. We have made progress and while there remains much work to do, I am proud to see this title changed.”

Meeting with the Ukrainian Commander in Chief, General Khomchak, the Allied Chiefs welcomed Ukraine’s continued progress on defence reforms and stressed their practical support and advice for Ukraine. The Alliance is supporting Ukraine in areas such as command and control, countering explosive devices and medical rehabilitation. The Allied Chiefs voiced their appreciation for Ukraine’s participation in NATO’s Resolute Support Mission and Kosovo Force Mission.

In the afternoon, the Allied Chiefs met with their Georgian counterpart, Chief of Defence General Giorgi Matiashvili. They took the opportunity to thank the General for Georgia’s continued support to NATO-led missions and operations. Discussions centred on the updated Substantial NATO-Georgia Package, which contains measures and initiatives aimed at strengthening Georgia’s defence capabilities and developing closer security cooperation and interoperability with NATO members.