Dalai Lama's Successor Has To Be Approved by Beijing: China's White Paper on Tibet 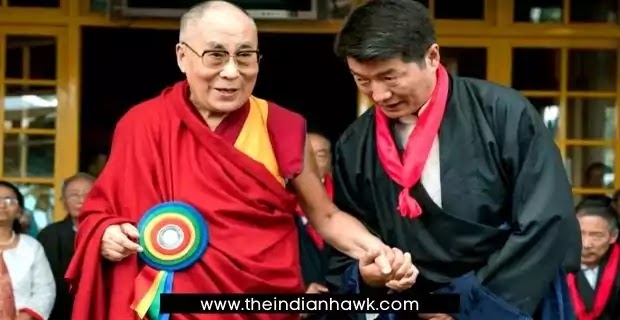 China on Friday said that any successor to the present Dalai Lama should be approved by it, ruling out recognition to any heir nominated by him or by his followers.

The reincarnation of the Dalai Lama and other grand Living Buddhas has been subjected to approval by the central government since the Qing Dynasty (1644-1911), claimed an official white paper issued by the Chinese government here.

The document has also asserted that Tibet was an inseparable part of China since ancient times.

"In 1793, after dispelling Gurkha invaders, the Qing government restored order in Tibet and promulgated the Imperially Approved Ordinance for Better Governance of Tibet, improving systems by which the central government-administered Tibet," the white paper titled 'Tibet Since 1951: Liberation, Development and Prosperity" said.

The ordinance stipulated that the reincarnation of the Dalai Lama and other grand Living Buddhas had to follow the procedure of "drawing lots from the golden urn" and that the selected candidate would be subject to approval by the central government of China, the document said.

The 14th Dalai Lama fled to India in 1959 following a Chinese crackdown on an uprising by the local population in Tibet. India granted him political asylum and the Tibetan government-in-exile has been based in Dharamsala in Himachal Pradesh since then.

The Dalai Lama is 85 years old now and the issue of his successor has gained prominence in the last couple of years due to his advanced age.

The Tibetan Policy and Support Act of 2020 (TPSA) passed by the US Congress makes it official United States policy that decisions regarding the reincarnation of the Dalai Lama are exclusively within the authority of the current Dalai Lama, Tibetan Buddhist leaders and the Tibetan people.

Chinese Foreign Ministry officials have been asserting time and again that while the institution of reincarnation of the Dalai Lama has been in existence for several hundred years, the 14th (present) Dalai Lama himself was found and recognised following religious rituals and historic conventions, and his succession was approved by China's central government.

The white paper said by 2020, a total of 92 reincarnated Living Buddhas had been identified and approved through traditional religious rituals and historical conventions for temples in Tibet.

Traditional religious activities are carried out regularly in accordance with the law and examination on scriptures and subsequent promotion in academic degrees are also held in monasteries on a regular basis, it said.

The white paper termed the demand for Tibetan independence as a product of imperialist aggression against China.

In the middle of the 19th century, the UK-led imperialist powers began to cultivate the idea of "Tibet independence," intentionally undermining China's sovereignty and territorial integrity, it said.

It slammed the Dalai Lama group for promoting "Tibetan independence".

"Over the years, the 14th Dalai Lama and his supporters have continued to try to promote "Tibetan independence" by provoking incidents to jeopardise peace and stability in Tibet," it said.

After the failure of their armed rebellion in 1959, the reactionaries of Tibet's ruling class fled to India and subsequently began to campaign for "Tibetan independence" by force", it said.

No country or government in the world has ever acknowledged the "independence of Tibet," it said.

China makes it mandatory to adhere to the 'One China' policy, recognising Tibet and Taiwan as an integral part of the country.

Beijing made the 'One-China' policy a prerequisite for countries to establish diplomatic ties with it.

About the incidents of over 100 Tibetans setting themselves on fire since 2011 demanding the return of the Dalai Lama from his exile, the white paper said the Dalai Lama and his supporters have incited Tibetan lamas into self-immolations.

It also blamed the western anti-China forces for continuing to interfere in Tibetan affairs in an attempt to sabotage its social stability.

Justifying China's taking over of Tibet in 1951, it said with the peaceful liberation of Tibet 70 years ago, the people of Tibet broke free from the fetters of invading imperialism for good and embarked on a bright road of unity, progress and development with all the other ethnic groups in China.

China is a unified multi-ethnic country with a long history. The Chinese nation is a community of shared future. Tibet has developed through the combined efforts of all the ethnic groups in China, it said.

Rejecting allegations of curbs on religion, it said the province has more than 1,700 sites for Tibetan Buddhist activities with 46,000 monks and nuns besides four mosques serving 12,000 native Muslims, and a Catholic church with more than 700 followers, it said.

"Following the peaceful liberation, all ethnic groups in Tibet, united under the strong leadership of the Communist Party of China, have worked together and stood firm in safeguarding national sovereignty, unity and territorial integrity," it said.

China is building a new modern socialist Tibet, it said.

It also refuted criticism that the Tibetan language is being undermined to promote the official Chinese language. The Tibetan spoken and written language is widely used in Tibet, the white paper said.

The study and use of the Tibetan language are protected by law.

Tibet now has 16 periodicals and 12 newspapers in the Tibetan language and has published more than 40 million copies of 7,185 Tibetan-language books, it said.

Tibet is also economically thriving and prospering in the new era, it said.

All those counties formerly classified as poor have risen out of poverty, and the people are leading better lives in every respect.

The system of regional ethnic autonomy has been fully implemented in Tibet it said. The average life expectancy in Tibet has reached 71.1 years in 2019 from 35.5 years in 1951, due to the development of health infrastructure, it said

It also said the number of Tibetans in the legislature has increased.

Of the 439 deputies to the 11th People's Congress of the Tibet Autonomous Region, 289 -- or almost two-thirds -- are from the Tibetan and other ethnic minorities, it said.