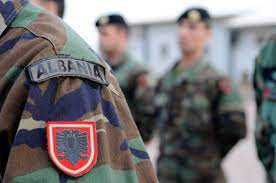 NATO has launched joint military exercises in Albania with thousands of military forces from the United States and other countries in the first such large-scale drills since World War II in the Western Balkans, a U.S. Army official said Thursday.

Col. Joseph Scrocca said ``a staunch NATO ally since 2009, Albania is a valued security partner for both regionally and globally.''

Albania is playing a critical part in the DEFENDER-Europe 21 exercise with Joint Logistics Over-the-Shore operations taking place ``for the first time in Europe since World War II at the Port of Durres,'' Scrocca said in an online briefing.

The sealift ship USNS Bob Hope will demonstrate the unloading of heavy equipment onto smaller vessels that will transfer the cargo to shore for onward movement.

Since April 26, U.S. troops have been deployed to hold training in five other military lands, naval and air bases in Albania until June 10.

``This historic mission demonstrates our ability to serve as a strategic security partner in the western Balkans and Black Sea regions,'' Scrocca said.

DEFENDER-Europe is an annual large-scale U.S. Army-led, multinational exercise, defensive in nature and focused on deterring aggression, which this year focuses on building operational readiness and interoperability with NATO and a greater number of allies and partners over a wider area of operations than ever before.

Around 28,000 U.S., allied and partner forces from 26 nations will conduct nearly simultaneous operations across more than 30 training areas in more than a dozen nations from the Baltics and Africa to the critical Black Sea and Balkan regions.

``Exercises like DEFENDER-Europe 21 are a prime example of our collective capabilities,'' Scrocca said.